The U.S. embassy in South Sudan has called on authorities in the central African country to free a journalist from prison.

Diing Magot, a freelance journalist who contributes to Voice of America’s South Sudan in Focus program, was arrested in the capital, Juba, on Sunday while covering protests over economic hardships.

At the time of her arrest, Magot did not have her ID or press card with her.

Police arrested the journalist along with several protesters and took her to the Malakia police station.

The South Sudan Media Authority — a government regulatory body — asked VOA to provide a letter confirming that Magot was on assignment for the international broadcaster.

“We have provided the letter to the media authority, and we had expected word of her immediate release,” VOA Public Relations Officer Anna Morris said in a statement Tuesday.

Instead, Morris said, Magot was moved with five protesters to Juba Central Prison where she is awaiting a court date.

“We are extremely distressed by the arrest of Diing Magot,” Morris said. “We are asking South Sudan authorities for the immediate release of our journalist.”

The Union of Journalists of South Sudan said that lawyers representing the journalist were denied access to her.

In a letter demanding her release — shared on social media — the union said it believes that Magot’s rights under the constitution are being contravened. South Sudan’s constitution states that a person must be released on bond or brought to a court within 24 hours of their arrest, the union said.

The South Sudan embassy in Washington did not respond to VOA’s email requesting comment.

The New York-based Committee to Protect Journalists cited a police spokesperson as saying that Magot remains under investigation and that the attorney general has given authorities permission to hold her for an additional three days.

The U.S. embassy in Juba called on authorities to “immediately release” Magot. Noting that she was arrested while covering a peaceful protest, the embassy added, “We affirm the right of journalists to do their jobs without interference or harm.”

The media rights group the Committee to Protect Journalists said that South Sudan’s journalists should be able to work without the threat of arrest.

“Journalists in South Sudan should not need to worry that they may be detained for simply doing their work to inform the public about what is happening in their country,” said Muthoki Mumo, CPJ’s sub-Saharan Africa representative, in Nairobi.

Earlier this year, at least eight journalists, including a VOA contributor, were detained briefly on the grounds of parliament, where they had planned to cover a press conference, according to the Committee to Protect Journalists. 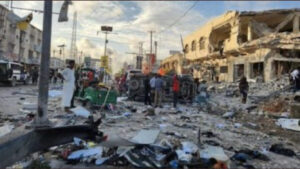 The National Union of Somali Journalists (NUSOJ) has condemned the twin car bomb explosions in Mogadishu, which 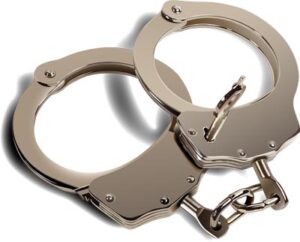 NUSOJ condemns double arrests of journalists in Somaliland and Galmudug 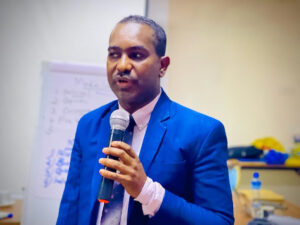