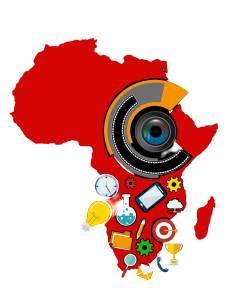 The Federation of African Journalists (FAJ), the pan-African organization of the International Federation of Journalists (IFJ), notes with serious concern and condemns in the strongest terms, the continuing attacks on journalists and media freedom in Uganda by the security forces.

Several journalists suffered grave bodily injuries and psychological trauma on February 17, when the military police pounced on them as they covered the handing over of a petition against the deteriorating human rights situation in the country, to the United Nations Human Rights Office in Kampala, by the National Unity Platform (NUP) leader, Robert Kyagulanyi Ssentamu, also know as Bobi Wine.

FAJ takes note of the deteriorating environment for safety of journalists in Uganda and calls on President Museveni as Commander in Chief to be accountable and restrain his troops from engaging in unprovoked attacks against journalists and other citizens.

“We note with concern that attacks against journalists which started during the campaigns for presidential elections continue to date and appear to have become an operational norm for Ugandan security personnel. The public has a right to know and this is only possible when journalists can operate in an environment that is secure and free of threats from any quarters. We wish to remind Ugandan authorities that they have a duty to protect journalists and other citizens from the arbitrary actions of the uniformed services,” FAJ President Sadiq Ibrahim Ahmed, said in reaction to the events in Uganda.

The journalists were clearly identifiable and this attack represents a dangerous trend of targeted attacks against the media that is gaining ground in Uganda. The Federation wishes to remind the Ugandan government that journalism is not a crime.

FAJ also censures the continued human rights violations, including abductions, killings and detention in ungazetted places, of people perceived to be opposition supporters.

FAJ calls on the African Union and the wider international community to stand by journalists and the people of Uganda, to condemn and take action against the growing impunity and disregard for the rule of law by the Ugandan state.

“We stand by our colleagues at the Uganda Journalists Union (UJU) who have taken a firm stance against these attacks which are a violation of Article 29 of the Uganda Constitution which guarantees press freedom and other liberties as well as Article 41 which guarantees the right to access to information”, added FAJ president.

“UJU is calling on partner organisations and journalists to consider imposing a complete blackout on all government events if their safety is not guaranteed”, she stated.

IFJ General Secretary, Anthony Bellanger, said: “We are deeply concerned about the continuous attacks against press freedom in Uganda. Journalists shouldn’t be suffering physical and psychological attacks just for doing their job. The government must stop this outrageous harassment”.