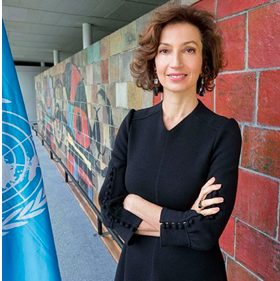 The Director-General of UNESCO, Audrey Azoulay, has condemned the killing of community radio journalist Evariste Djaï-Loramadji in the village of Sandana, some 600 kilometres southeast of Chadian capital N’Djamena, on 9 February.

“I condemn the killing of Evariste Djaï-Loramadji,” said the Director-General. “I call on the authorities to investigate the attack that claimed the lives of Djaï-Loramadji and other civilians and bring those responsible to justice.”

Evariste Djaï-Loramadji was shot dead while reporting for a community radio, Radio Lotiko, on an attack by local herders on the farmers of his village. At least ten other people are reported to have been killed in the raid.

UNESCO promotes the safety of journalists through global awareness-raising, capacity building and a range of actions, notably in the framework of the UN Plan of Action on the Safety of Journalists and the Issue of Impunity.

The journalist, Evariste Djaï-Loramadji, provided his Christian community radio station, Radio Lotiko, with a brief live report at 4:39 p.m. on 9 February, in which he said people were “fleeing into the bush” in a confused situation in his village, Sandana, located 600 km southeast of the capital, N’djamena. That was his last report for the radio station. When Radio Lotiko tried to contact him a few minutes later, he did not reply. His body was found in the early evening by a colleague who had arrived from a nearby locality. He had been shot several times in the head.

RSF has learned from local sources that Djaï-Loramadji had been trying to establish why people were fleeing the village. It emerged that a herder’s death in a motorcycle accident was called a “murder” by a local police officer, which prompted other herders armed with guns to stage a punitive raid on the farming village. Djaï-Loramadji was one of the 11 people killed.

“Until the end, this journalist tried with a great deal of determination and courage to report what was happening in his community,” said Arnaud Froger, the head of RSF’s Africa desk. “The authorities have a duty to shed all possible light on this massacre that left 11 dead, including this journalist, who had already been threatened in similar events. Impunity endangers those who report the news, and threatens the population’s access to information. It must be ended.”

Around ten people were killed in Sandana on 26 August 2019 in a previous punitive raid resulting from a conflict between herders and farmers. Djaï-Loramadji received several threats after covering that massacre, RSF was told by the director of his radio station.

The Union of Chadian Journalists (UJT) has issued a statement calling for the perpetrators and accomplices of the latest massacre to be prosecuted and punished in order to render justice to Djaï-Loramadji. 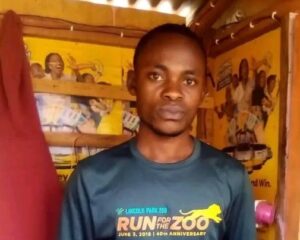 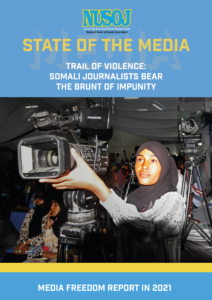